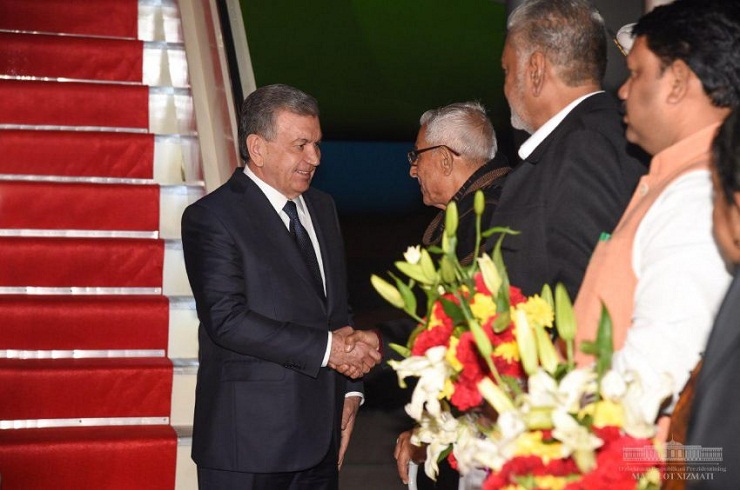 Official representatives of the Republic of India met the President of Uzbekistan at Ahmedabad International Airport.

On January 18, President Shavkat Mirziyoyev will attend the 9th Vibrant Gujarat Global Summit 2019, which will be held in the center of the state of Gujarat – Gandhinagar.

As previously reported, the President will address the plenary session of the summit, as well as hold negotiations with Prime Minister Narendra Modi to discuss current issues of Uzbekistan – India cooperation, international and regional policy.

The Vibrant Gujarat Global Summit, held in the city of Gandhinagar at the initiative of Prime Minister Narendra Modi since 2003, is the largest international forum in the region. Its participants are heads of states and governments, ministers, heads of international organizations and transnational corporations, leading analysts and experts.

Traditionally, current issues of development of the global economy, expanding partnership in trade, attracting investment, exchange of advanced technologies and knowledge are in the center of attention of the forum’s participants.